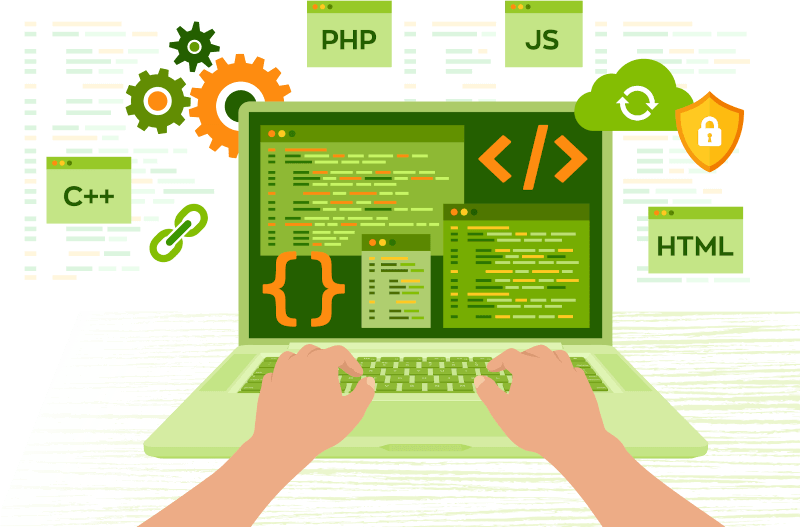 As the world is advancing digitally, many new innovations are coming into the scene. Virtually everything we enjoy online has a programming undertone. Every software development program takes its fundamental backing from a mix of both low-level and high-level languages. Today, we now have distributed ledger technology and blockchain turning things around in our world.

You can enroll in a blockchain programming tutorial at iMi Academy to tap into the wealth of knowledge from our blockchain experts. Knowledge of programming blockchain systems, smart contracts, and more is gradually becoming essential today. Through iMi Academy, we can take you by hand and walk you through this field via blockchain consultancy, offline tutorials, webinars, and certified courses.

You can also opt-in for our blockchain webinar to learn blockchain technology, cryptocurrencies, Bitcoin, and blockchain applications amongst others.

Watch our on-demand series or register for a live crypto trading webinar. Learn how to use GitHub, Backend or Front-end development, or hush function. On top of that, we talk about API or Microsoft Azure integration, as well as Ethereum blockchain implementation.

The webinars are usually free, and you can access them at any time by going to our blockchain webinar page.

One of the major strengths we take pride in is that we can expose you to the nitty-gritty in today’s fast-growing world of blockchain technology. If after taking our courses, you still want to gain more knowledge on how to program blockchain, then, our certified courses may just be a perfect fit for you.

At iMi, we offer industry-relevant and certified courses covering deeper content such as algorithms, data structure, object-oriented programming, Proof of work, and lots more. Check out the courses we have on offer by visiting our blockchain course page.

iMi Blockchain
4.6
Based on 21 reviews

Reygie Culili
13:17 20 Feb 22
iMi has the expertise and experience to help your business succeed in this new and growing industry.

Queenie Habana
04:18 20 Feb 22
They are always available to assist you, answer your questions, and provide you with the most recent information.

Jerric Pagal
14:01 30 Jan 22
They pride themselves on providing the most up to date information available in the crypto space.

PHƯƠNG THANH
12:11 24 Jan 22
I am Glad that I discovered this platform...It was of great help to me and my investment plans.

Renelyn Bergunio
10:24 09 Dec 21
They've helped me so much since I don't have the time to keep up with crypto news on my own. iMi Crypto will give you all the information you need without overloading you.

Zian Suyam
13:06 26 Nov 21
The course is great!! Very informative and well presented. The video and text view are excellent- easy to go back and revisit parts.

Gui Borchartt
15:07 13 Nov 21
This cryptocurrency firm is fantastic. They are the industry's leading information hub for all crypto topics.

Sérgio Eduardo
12:55 03 Nov 21
iMi is the best beginning company for crypto traders and investors. They give you theinformation that is important for making wise business decisions.

Batang Gamhanan
00:22 16 Oct 21
Great information and easy to follow along. Very helpful and easy to understand. You'll feel like you're in the room with the instructors, which makes it all the more helpful.
‹
›
Best Languages Coding List

What’s the best language for blockchain?

Tagging the best programming language to learn for blockchain development depends on a number of factors which usually vary from one blockchain project to another. However, the list below can help us get a good picture for those who want to know what language is blockchain written in. The most common languages for blockchain programming include but are not limited to; 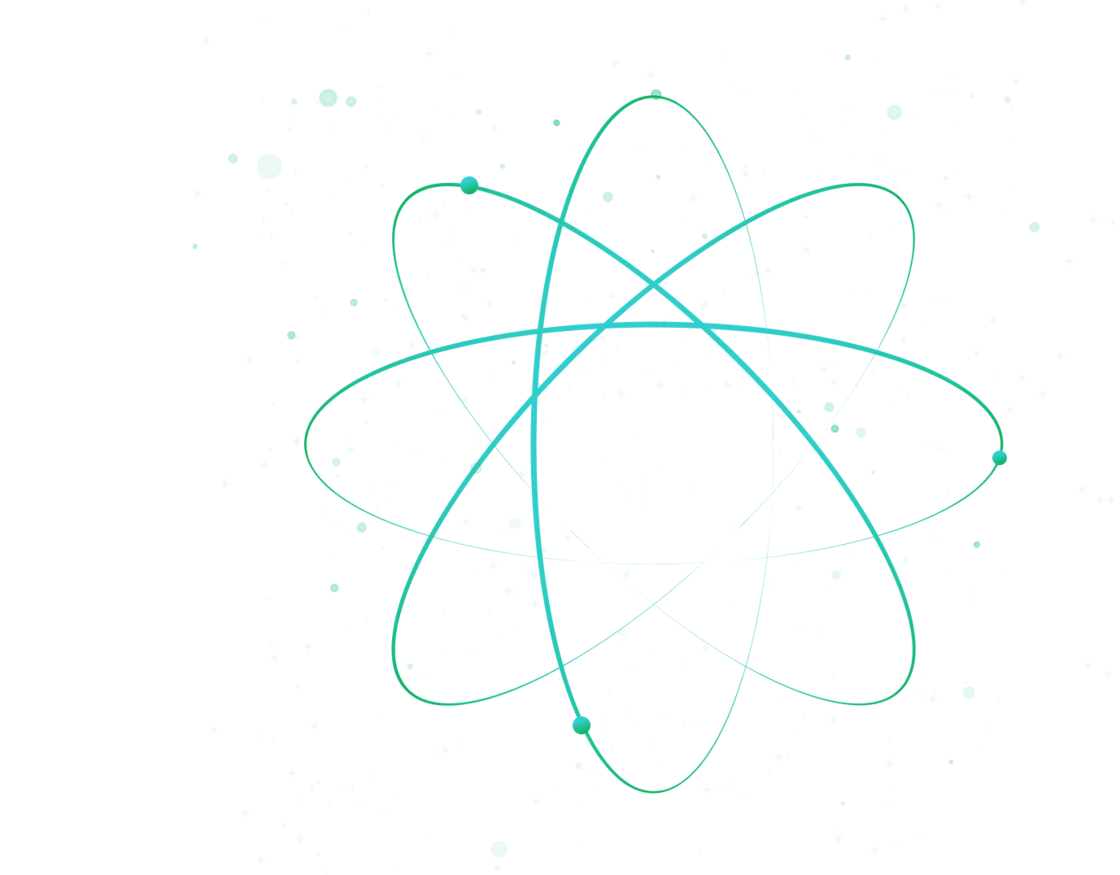 A popular project written in Rust is the Near Protocol. ZCash is also known to have some libraries in Rust. Solidity is the underlying programming language used to create the Ethereum-based smart contracts and DApps.

GoLang is known to form the building blocks for Ethereum and represents one of the three original implementations of Ethereum. JavaScript was used Hyperledger Fabric, ARK, and LISK among others.

The list of real-world applications of these languages is non-exhaustive. Each project chooses which language it adopts based on the core features the project is billed to have, and a host of other factors.

Created in 1991, Python was made for Simplicity and Minimalism. Most notable, we use “white space” to signify code Blocks. Additionally, we can use SHA 256 hash for security. Python is used to create a very important Time-Stamp.

This C++ blockchain language is designed to have flexibility and efficiency while being object-oriented. It can easily be called and reused in other programs. C++ is offering Memory Control, Threading, Move Semantics, Compile Time Polymorphism, Code Isolation, and Maturity.  In case you missed it when we mentioned it earlier and you are wondering, what language is bitcoin written in? You guessed it, the main Bitcoin programming language is C++. This makes the programming language a highly fundamental language in general blockchain development.

If you have been following, you might have been able to guess the answer to the question, what language is Ethereum written in? And there you have it, Solidity. If you want to learn blockchain development, this is an absolute must. It is used to make Decentralized Applications or starting your own Initial Coin Offering (ICO). Therefore, we use this code to create Smart Contracts on Ethereum.

The core coding Language is Javascript. Used in the WWW for Content Production. To create the Genesis Block (the mother block) we often use Javascript. Furthermore, we add the Blocks and use JS for Validating the Chain with any previousHash.

We also use GO Programming. GoLang is a very popular programming language. This modern type of coding was developed by Google. It is a very robust multi-purpose language. It features maximal flexibility as we use it for multiple parts of block development.

Finally, we do coding in Rust. It is a multi-paradigm system programming language focused on safety. Specially developed for safe cryptocurrency. Based on its syntax, Rust is similar to C++ but is designed to provide better memory safety while maintaining high performance.

What is blockchain programming?

When you want to learn how to code blockchain, you will need some coding examples to serve as a reference point in your journey. Whether you are new to blockchain coding or are an advanced professional, a sample blockchain code can show you how simple or complex a piece of code can be.

In reality, however, the concept of blockchain code is quite simple. It can best be envisioned as a distributed database, having a continuously growing list of records. Additionally, the images below represent a simple way to depict what the building block of a blockchain code looks like. We can start by creating a Block Structure that looks like the following:

Here is a brief insight into what we have done in this example of a blockchain code. Block 0 got a hash (…99). This hash must be found again in No 1 as “previousHash”. While “hash” in this has the previous hash as from No 2. Most noteworthy, we kept it simple and only included: The index, timestamp, data, hash, and previous hash. The previous block is found again to preserve the integrity of each block. In addition: Once a block and a hash are created, they cannot be changed anymore. This guarantees full transparency & security.

Finally, please always keep in mind that this technology is not just about Bitcoin or any other Cryptocurrency. It can be deployed to overhaul any ecosystem and startups can benefit from its cryptographic features by implementing it in their customized applications.

Not sure what this blockchain code example means or just want to learn exactly how to code a blockchain yourself? Then book us for a free initial consultation.

Blockchain technology is undoubtedly one of the major innovative forces in the world right now. So many industries are currently being overhauled through this technology that highlighting them can prove to be a big task. It is worth noting that the blockchain-based application on Android phones, the desktop apps on Mac, and more were all built through blockchain codes.

Blockchain technology is now also being used in all major industries to ensure transparency and integrity in key operations.

At iMi, we can train you to be an expert in blockchain coding, and if you run an organization, we have some of the best-trained blockchain programming experts that can help you design the aforementioned solutions and more. The use cases of blockchain will continue to expand. Give yourself or your organization the competitive edge by exploring blockchain coding and what it can do for you today.

Get involved in a blockchain development tutorial now!

Sign up for a tutorial today and start coding blockchain like a pro! Learn how to code a blockchain by choosing either of the options below.

Can I Learn Blockchain Coding?

Yes, you can learn blockchain coding and become an expert in it. The pathway to becoming highly proficient in blockchain coding may be very steep, however, with determination, you can achieve your goals. Having a good tutor is also an essential part of your journey to becoming a blockchain programming expert. At iMi, we know the tricks that work, and we would be happy to guide you on this highly in-demand skill.

Is there a Basic Requirement to Learn Blockchain Coding?

Blockchain coding may come naturally to those who have a background in Computer Science. Nonetheless, there is no basic requirement other than your determination. In the world today, a lot of people are changing jobs, taking on a new skill, and taking on an adventure they are previously not familiar with without any predefined requirements. Anyone can get started provided they are committed to the training path.

What is the Best Programming Language for Blockchain Coding?

Spelling out which programming language is the best for blockchain coding depends on a lot of factors. One of these factors depends on the programmer, and how comfortable he is with the syntax and other notable intricacies surrounding the language. However, the majority of the languages out there have found uses in one or two blockchain networks out there. You can run through each of the ones we discussed above to have an idea of what they are and which you feel you will be more comfortable with.

Will I get a Certificate if I Learn Blockchain Coding with iMi?

Yes, you will! At iMi, we take cognizance of the need for certifications, especially for highly professional skills like blockchain coding. iMi Academy, we have a broad partnership with the world-renown higher institutions ranging from the Universities of Oxford, Stanford, Berkeley, and Caltech amongst others. The courses we offer at the iMi Academy all come with a recognized certificate.

How long does the blockchain coding training last?

Our blockchain courses last for a varying duration of time and it depends on the level you are at and your overall target. At iMi, we can give you personalized training that will suit your schedule. Do reach out to us and we can work around this. We do build individual training around hash function, Ethereum virtual machine, Linux or node.js programming, SQL setup or even building a new block on the IBM blockchain backend.

Can I learn blockchain coding online?

Yes, you can learn blockchain coding online. We live in a digital world, and most courses are conducted online. Blockchain coding courses at iMi Academy are not an exception. However, if you wish to take offline classes in order to have a more personalized experience, we can also arrange that for you.